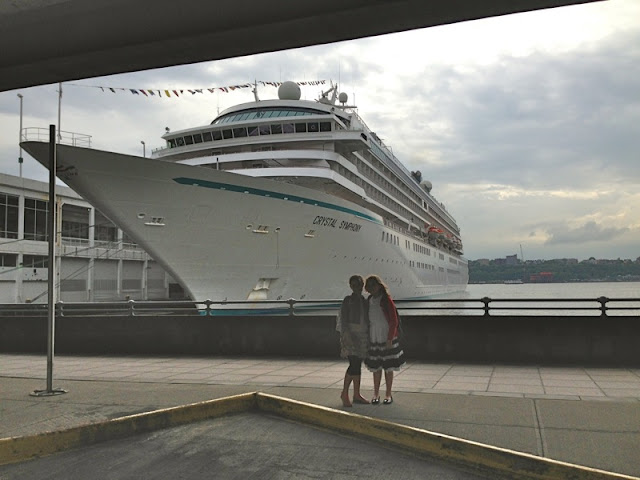 Last week we were invited to a press event on a Crystal Cruise line—we boarded the ship in NYC and had a tour of it for several hours. It was amazing! I had heard plenty about Crystal Cruise--that it's the cream of the crop in the industry--and let's just say, it's the nicest boat we have ever been on. It's super tasteful and elegant, and completely appealing to families. (Who needs a waterslide, zip line, and characters running around when you're exploring Istanbul or Rome all day?) Clara was able to bring a friend, and after we had a tour of some of the rooms and dinner, they treated us to a magic show, from the Magic Castle, an old school magic club out of Los Angeles. (Note: it was probably one of the rainiest days of 2013, so my pictures don't do it justice.) 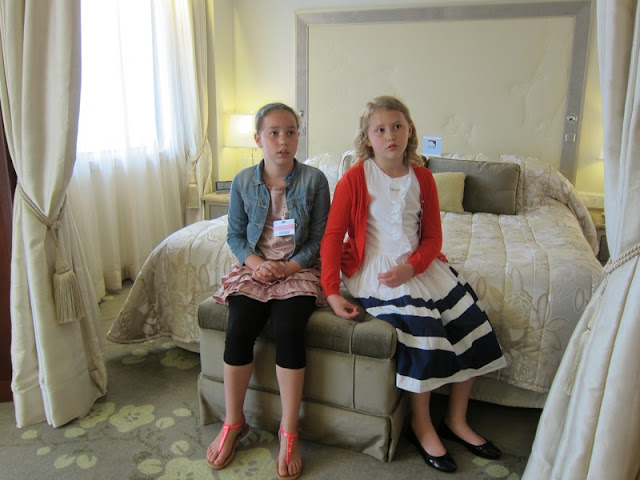 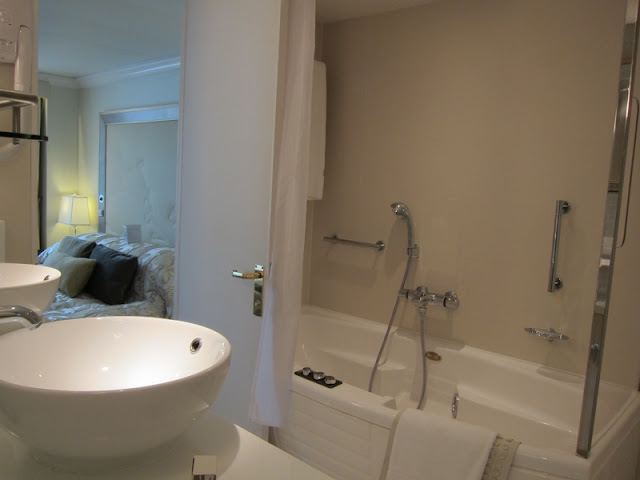 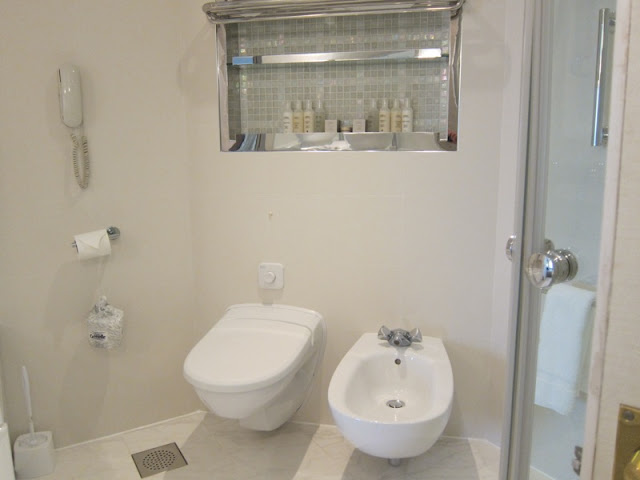 (Yes, even a bidet in one of the suites.) 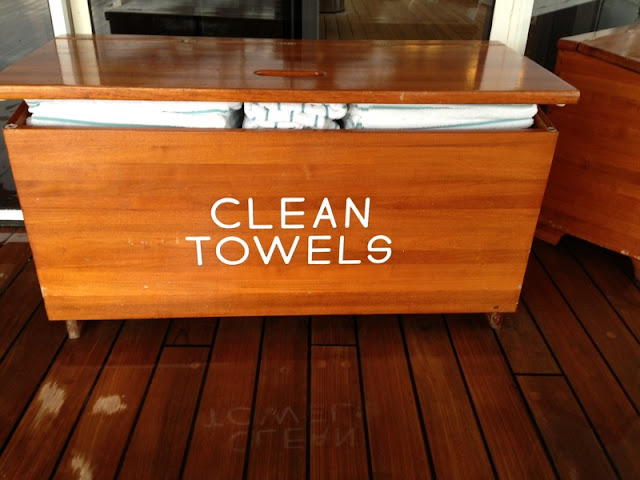 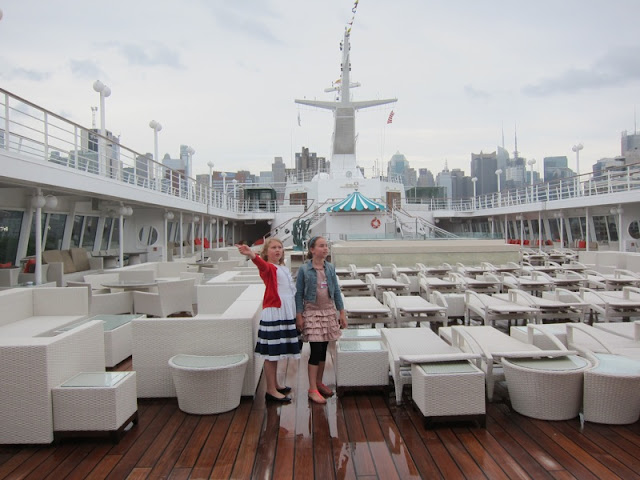 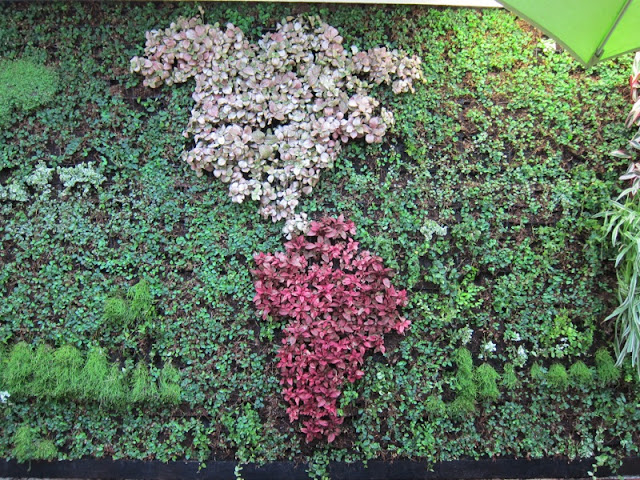 There is a living wall that is designed to look like a map of the world. I could only fit in North and South America. Just one example of many where they go above and beyond on being thoughtful and creative. 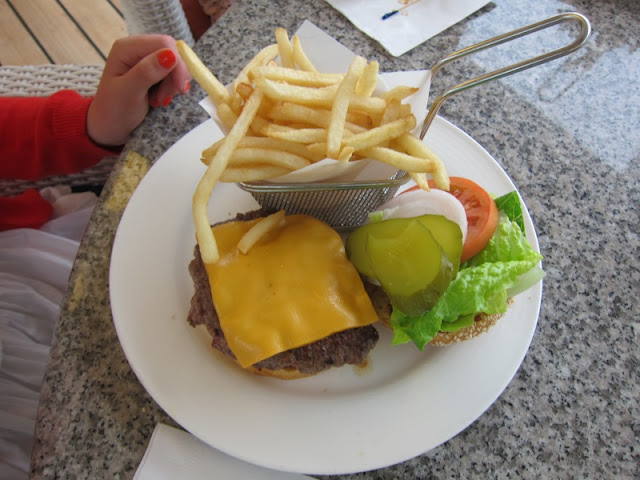 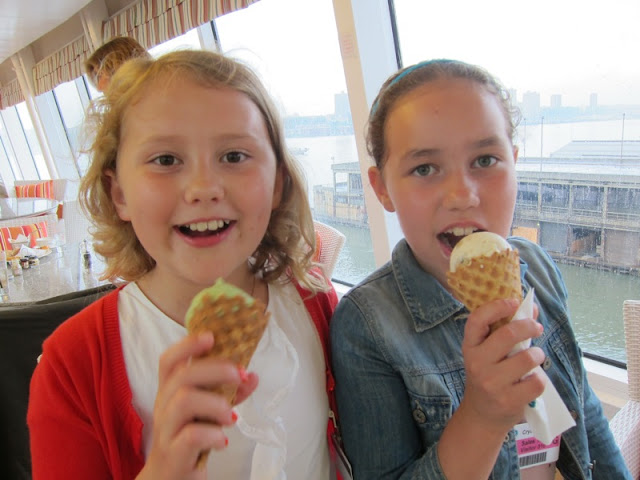 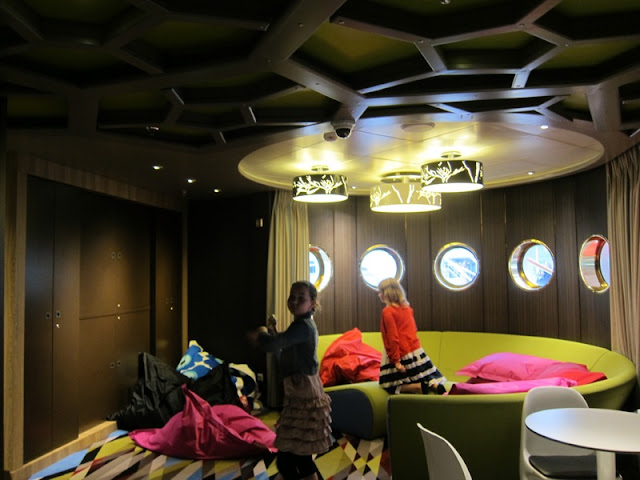 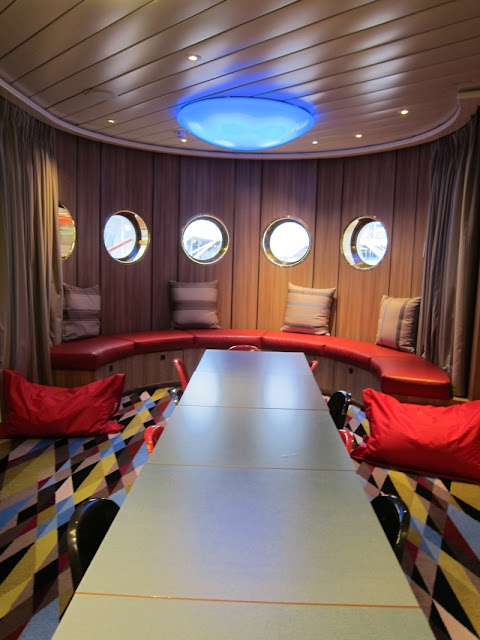 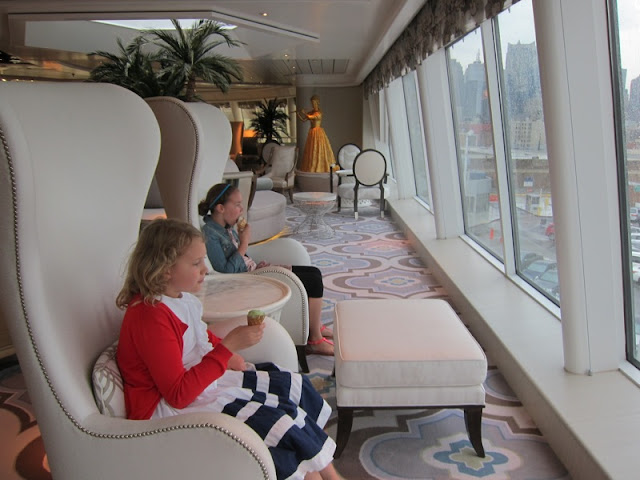 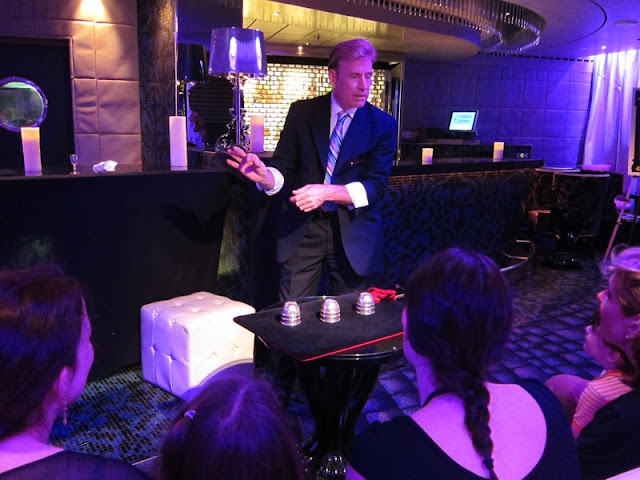 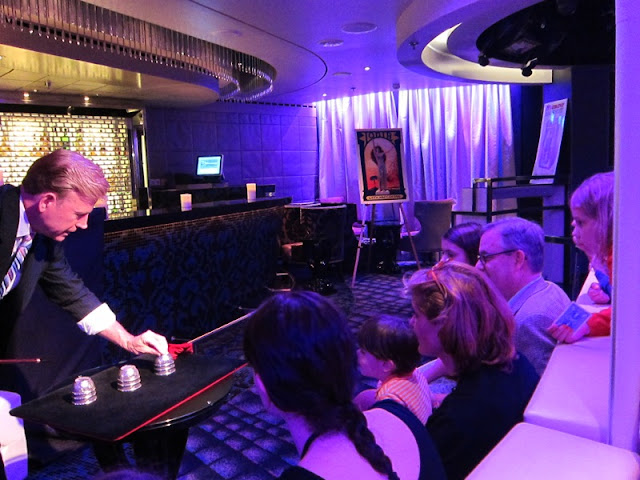 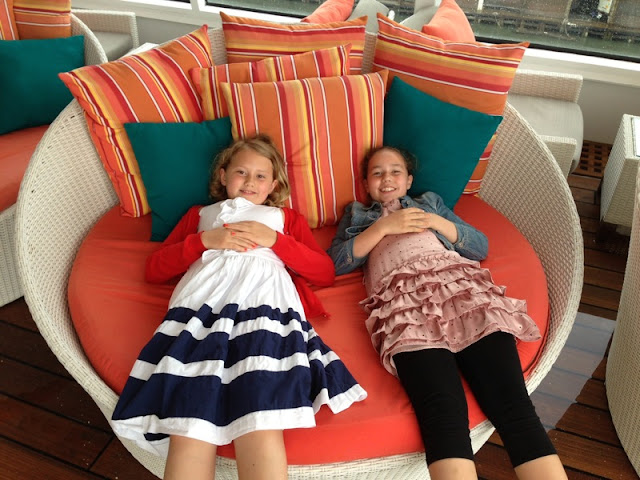 I just looked at the site to get a sense of their pricing, and it's way lower than I would have imagined. It seems like there are tons of cruises marked down for this summer. There's also an offer for kids to go free--if you book by June 28. It would work great for families with one child as it says they have to be the 3rd in the room--and I don't know how they'd work it out for more kids.
at 2:26 PM