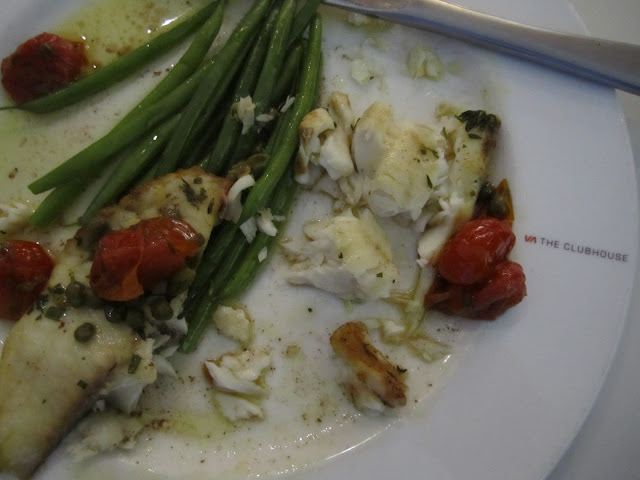 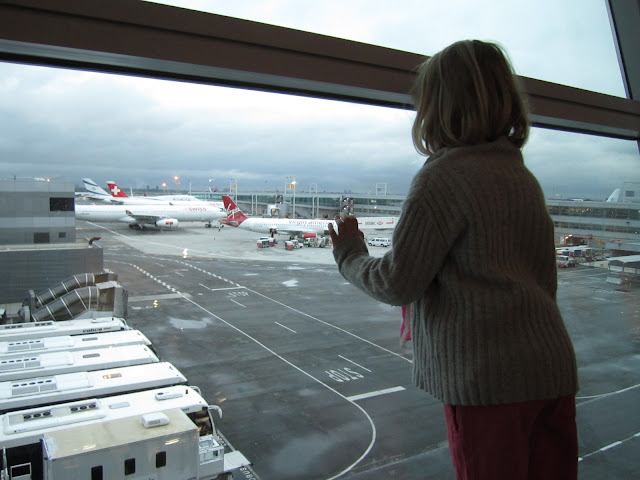 We flew out on Wednesday night, and got to the airport extra early, since we figured we should eat dinner at the lounge, since we certainly paid for it (with miles!)... I haven't been to Terminal 4 in so long, and was happy to see that now there's a Peet's Coffee (for morning travels), a Seafood Bar, a Palm Steakhouse, and a number of other places to eat. Our dinner at the Virgin Lounge (see my post as to why we found ourselves there in the first place) was so delicious. We had tilapia (and we aren't even tilapia fans) with salad and green beans, and plenty of champagne. Clara declared her pineapple juice to be fantastic, and she had pannacotta for dessert. Because we were in Upper Class, we got to go through the fast security line, both in JFK, and going through customs in Heathrow. The flight was seamless: we slept most of it, and because of the late departure hour (10:30pm), by the time we landed, it was around 5am our time, so it wasn't so hard to adjust when we got to London. I think a late flight for an international flight is key for families. If you get on a 5:30pm flight, that's only a 6 hour flight, it's more likely that your kid might fall asleep just as they turn the lights on for breakfast service (which I can never understand why they need to do that a full hour and a half before landing). However, I have friends who live in London but have family in New York, and they are strong believers in the morning flight. They take an 8am, which means they are up at 5am to get to the airport, and then they land at 8pm, so they just don't sleep on the plane, and land tired and ready to go to bed. 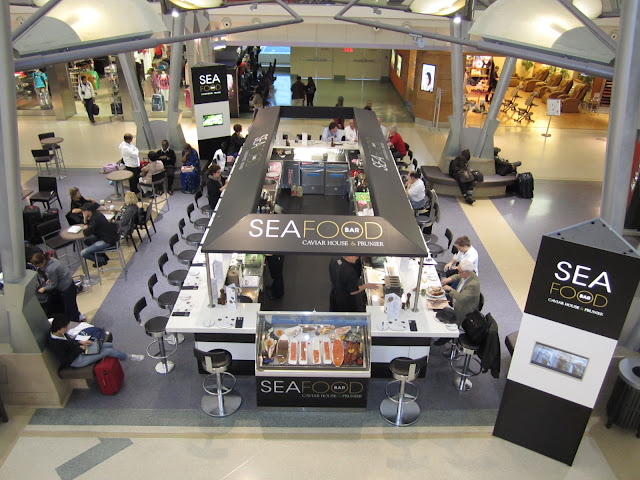 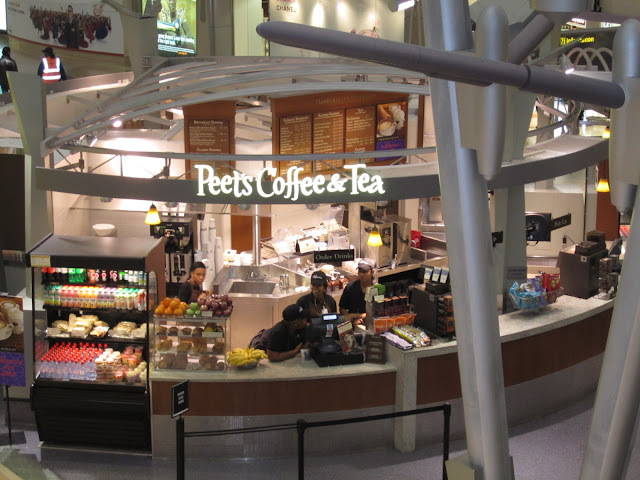 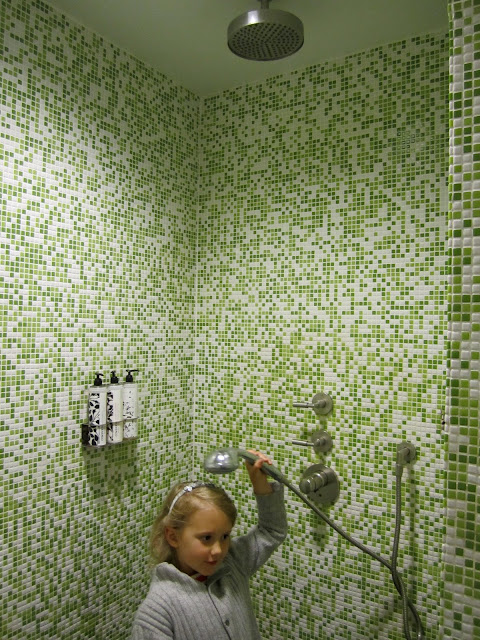 No, we didn't actually take a shower--this is one of two in the Virgin Lounge. 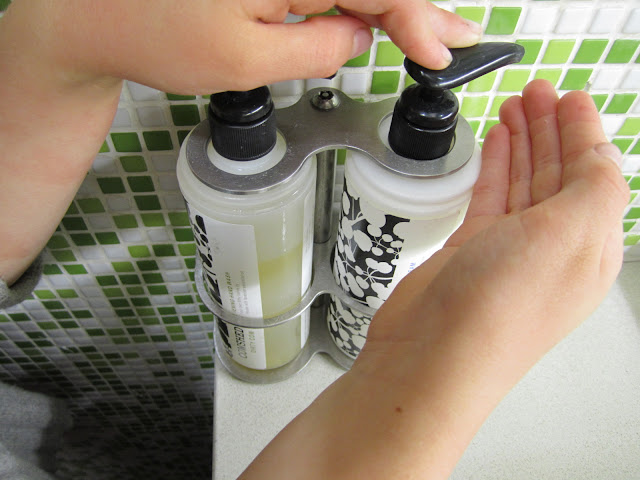 Cowshed products in the bathrooms in lounge and on the plane 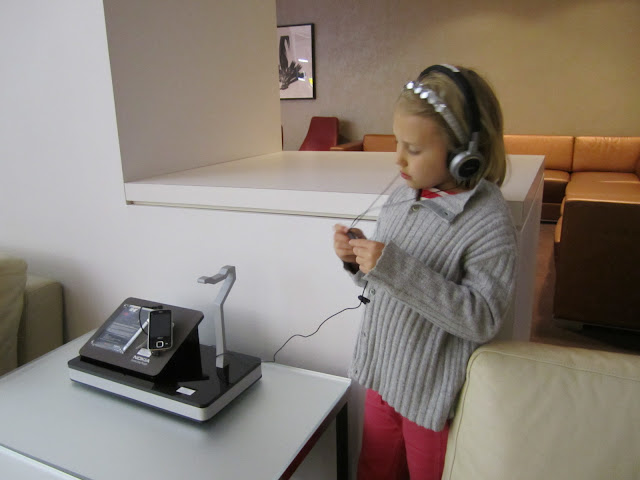 Music listening stations in the lounge 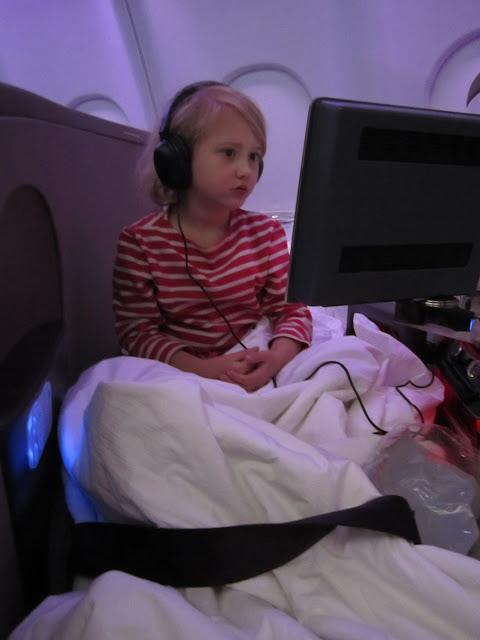 Yep, there it is...the flat bed on the plane. And guess what? Clara said she really didn't like the bed, and prefers the more cozy seats in the back. I swear. Which is a good thing, because it might be five years til we save up enough miles to upgrade again...
at 9:49 AM