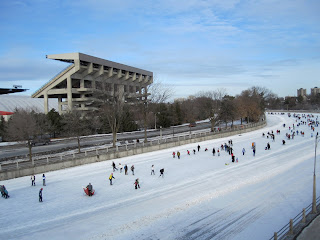 We were driving through Ottawa, and all of a sudden, we saw a canal filled with people ice skating...I had always thought that the ice skating on canals was something that happened just in Holland.  Who knew, that Ottawa holds the record for having the world's longest ice skating rink, the Rideau Canal, which is 7.8 km long. It turns out, it also was Family Day, a holiday in Ontario, and it's also the period called Winterlude (a three week winter festival, that seems worth a trip to Ottawa in itself--think snow mazes, ice slides, igloos, free ski lessons). 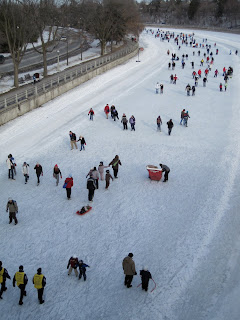