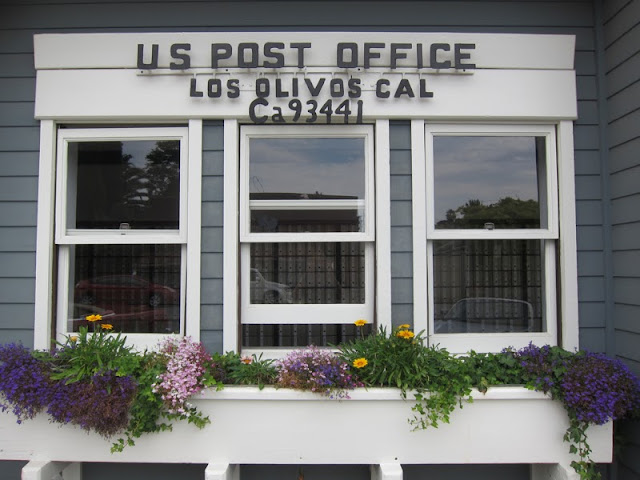 After a morning in Santa Barbara we headed north, on our way to Cayucos, but as we drove past Los Olivos, which is literally on Highway 154, we figured we could make a quick detour. It's such a sweet little town, filled with tasting rooms, restaurants, and cute shops. We walked into the Fess Parker Inn, which looked really nice, if you wanted to make a night of it. And our friend Jeff Cerciello of Farm Shop in LA and Marin told us the food is really good at their restaurant. I don't think this is a place I'd come with kids necessarily, but it's good to keep in mind for an adult getaway. 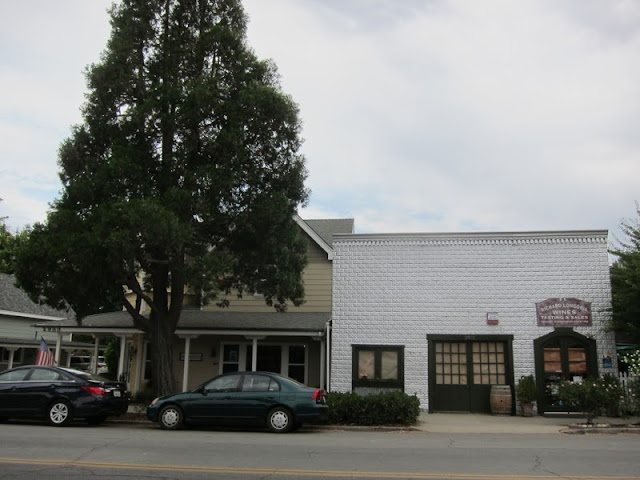 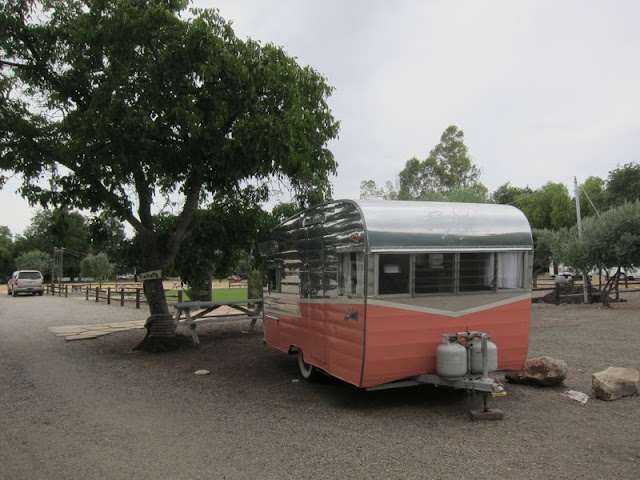 From Los Olivos we kept on 154 which turns into 101 and is the prettiest stretch of rolling golden hills, cows, and vineyards. When I saw the exit for the Madonna Inn, I had to take it, since I was the only one in the family who had ever been there. It's such a trip--you have to stop if you're going past it. Even if just to use the bathroom and walk through the restaurant and public spaces. 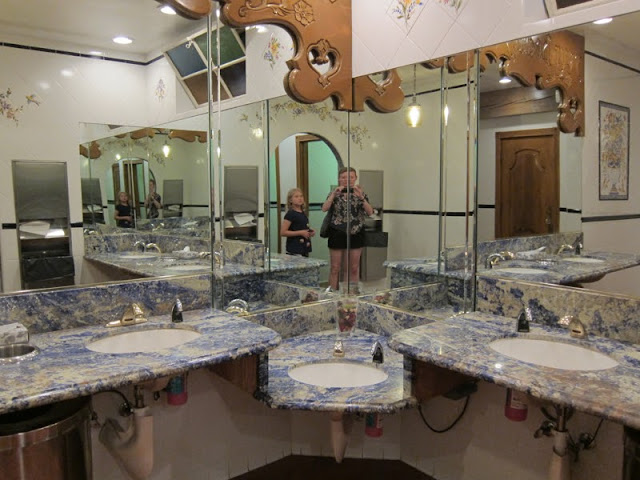 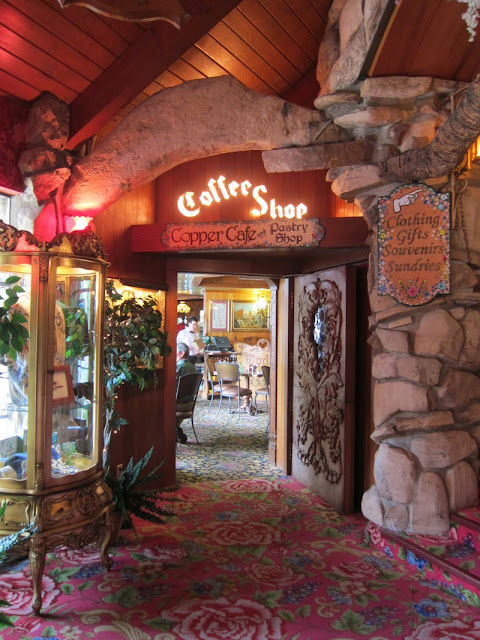 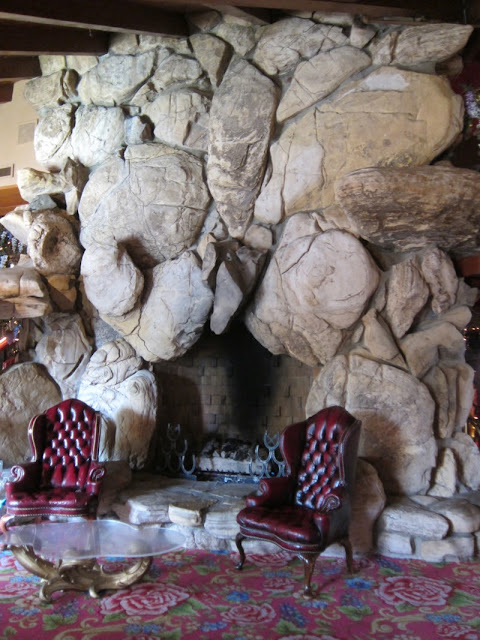 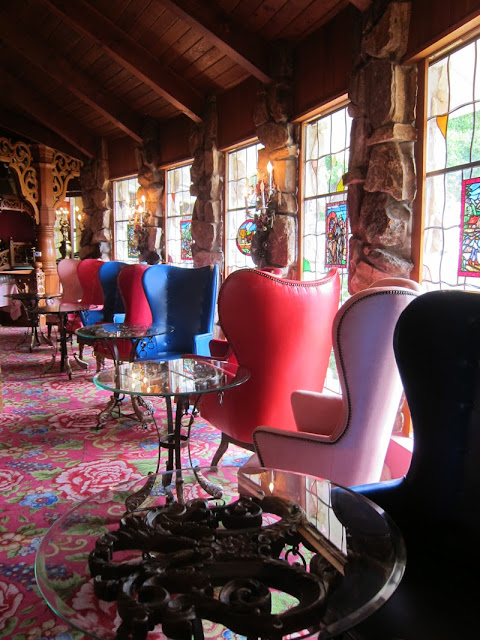 From the Madonna Inn we turned towards the coast and headed to Morro Bay, where we had our eyes (and stomachs) set on the Taco Temple. It may look like nothing special from the outside--and it's not in the downtown--it's in a parking lot in a very nondescript building. But wow, it is an amazing place to stop. It's so worth heading over from 101--it's not even that far--it's 16 miles from 101 at the Madonna Inn. So that's a half hour-ish round trip out of your way if you're sticking to 101 going north or south (I'm including these details because these are the kind of things I need to know when I'm trying to sell the family on why we need to make our road trip even longer!) But back to the Taco Temple: first of all, if you're starving, there's an all-you-can-eat tortilla chip station with the best chips (flour not corn) and different salsas. The portions are huge--we ordered some carnitas and a fish taco setup and I think those two entrees could have fed 4-5. It's very much California style--super fresh, all about the ingredients... 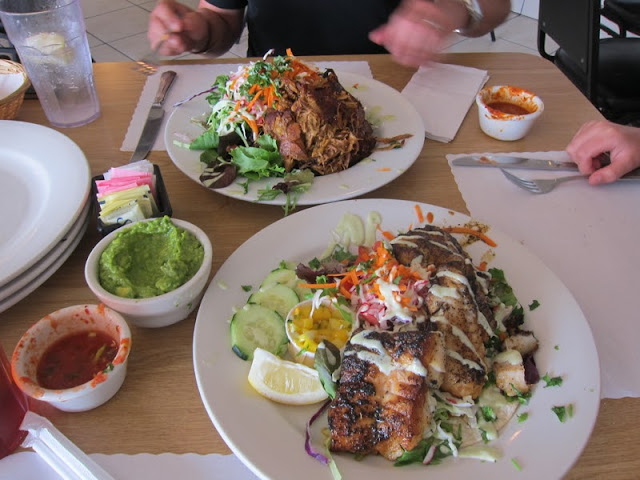 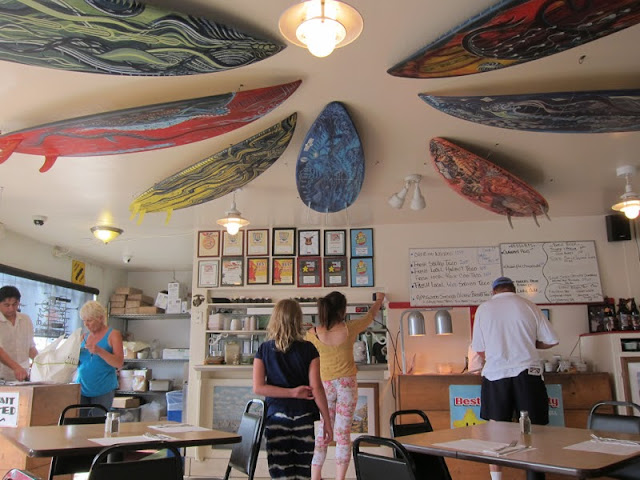 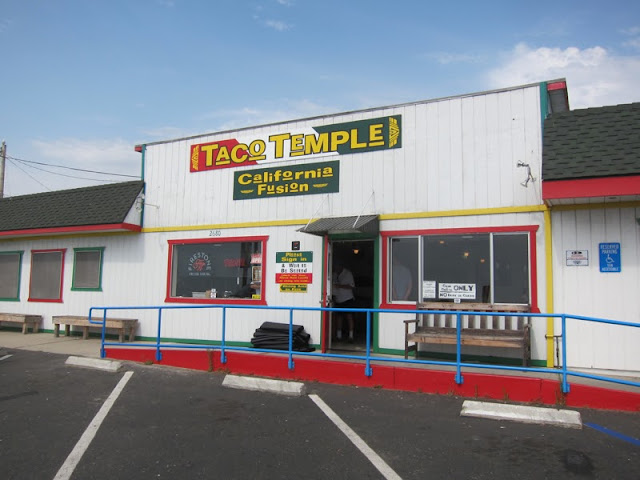 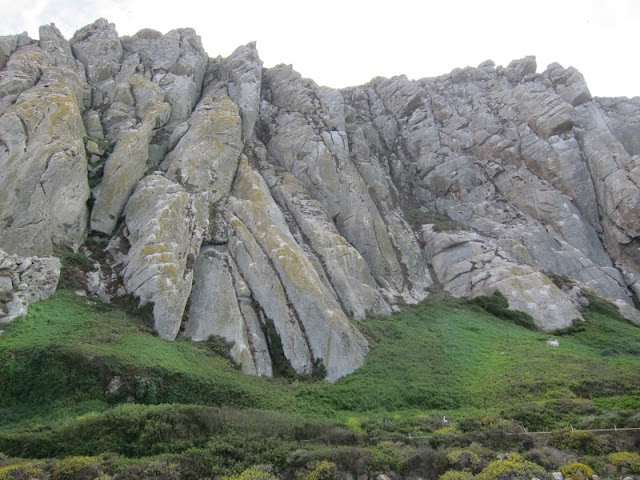 After the Taco Temple we went to check out the Morro Bay beach, which is breathtaking. And then we got to go out with our friend Neal who owns the Morro Bay Oyster Company. Matt had met him when he did a road trip story for Martha Stewart Living, where Matt followed chef Jeff Cerciello up the coast, meeting California farmers and vintners. Neal took us out on his boat, and treated us to his Pacific Gold oysters on his barge (that he calls his office). It was probably one of the most special experiences we have ever had--getting to go out on his boat, take in that epic landscape, and eat oysters straight out of the bay, but to top it off Neal brought along a spread of melons, cheeses, Champagne, and ale. We learned that oysters and melon go together very nicely. And we all agreed that this might be one of the most beautiful places we'd ever been. 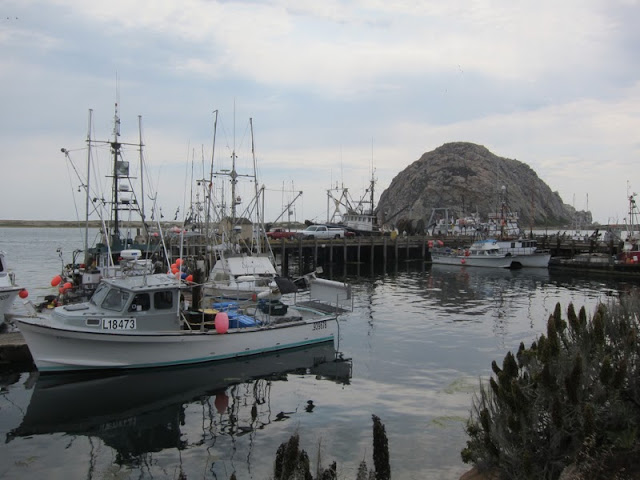 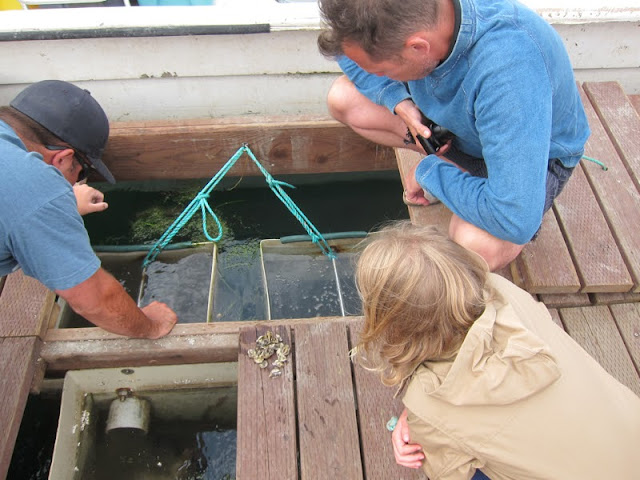 Those are baby oysters above. 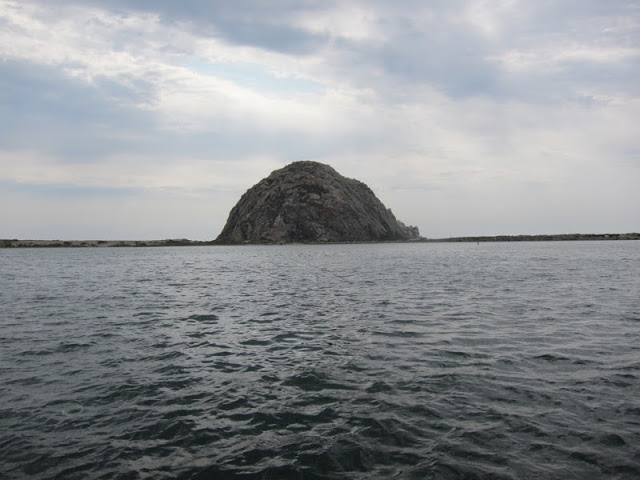 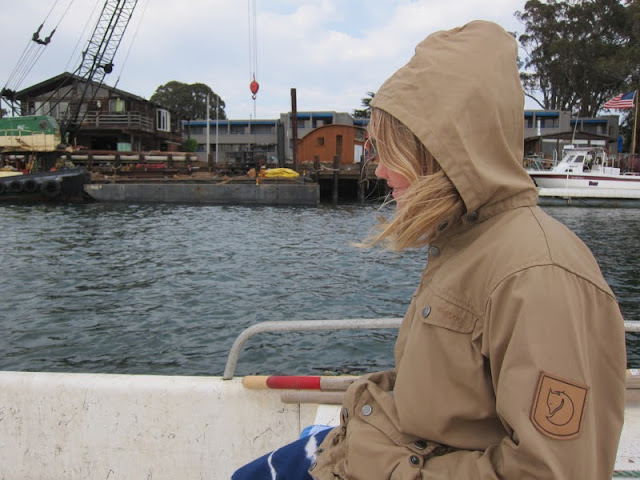 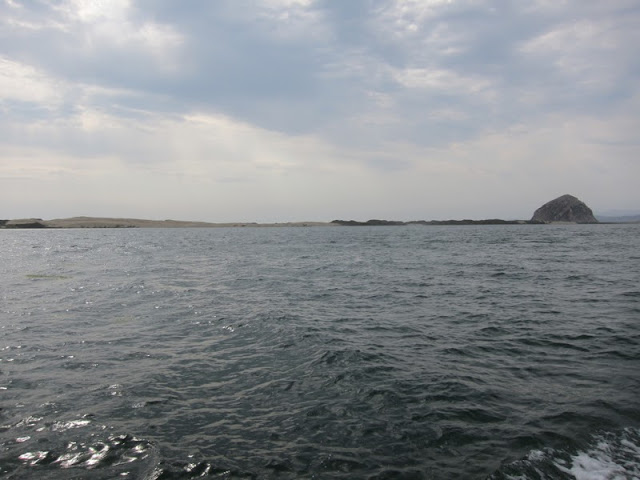 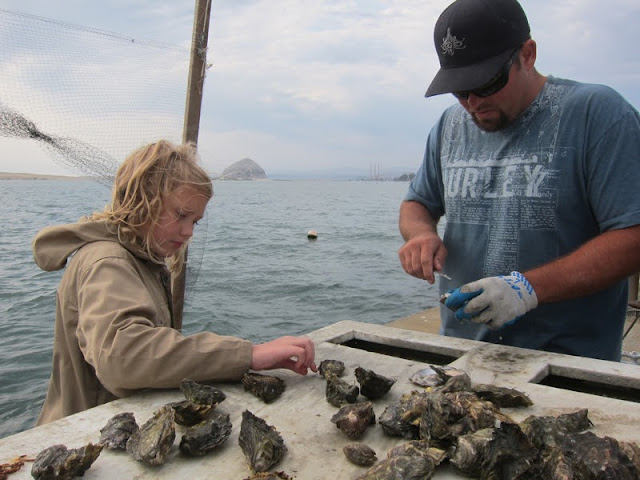 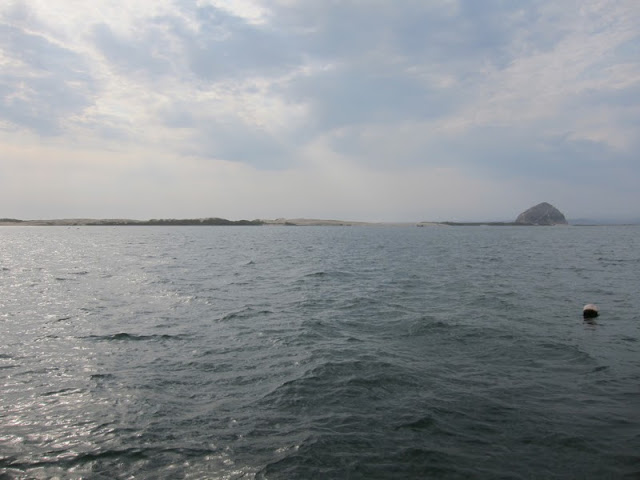 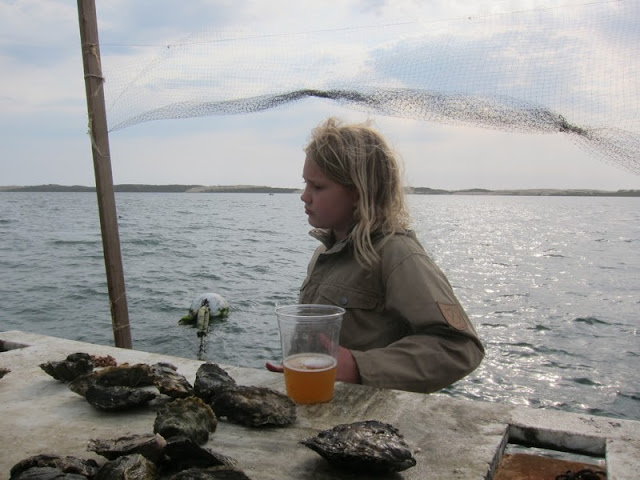 Don't worry, that is not Clara's ale. 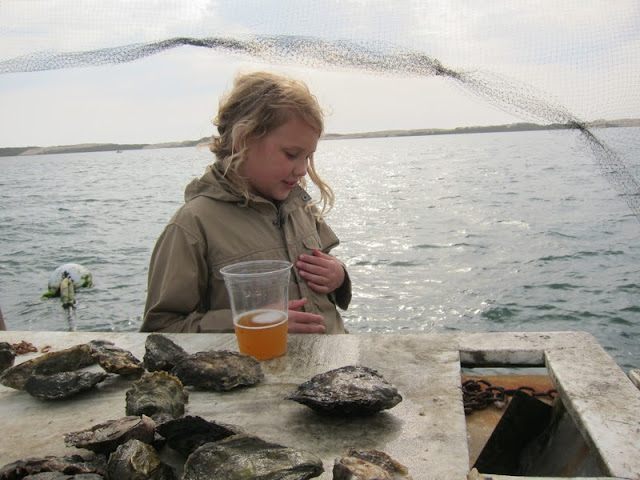 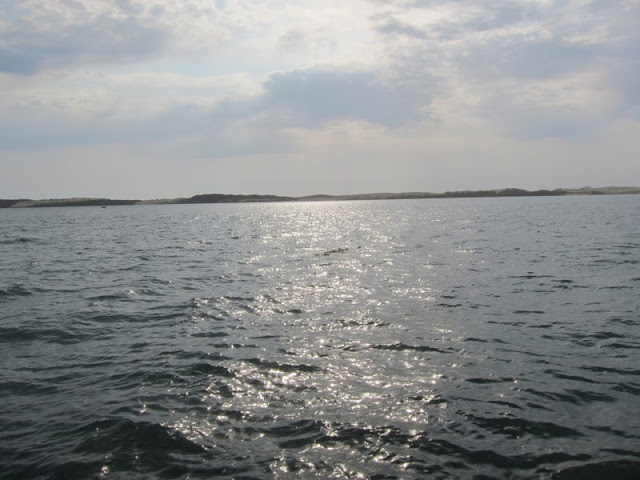 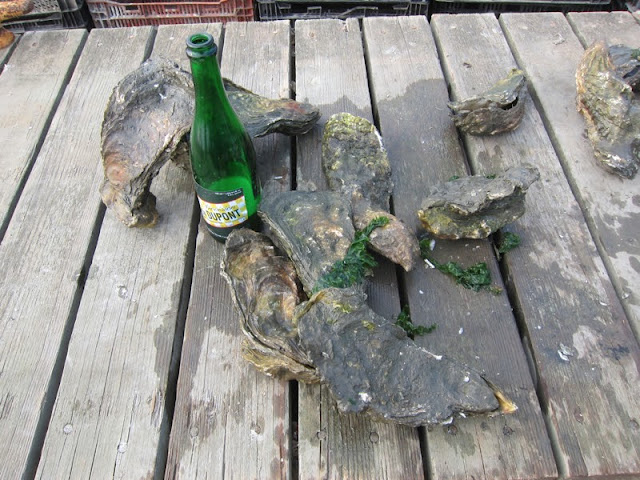 The oysters in the picture above are called "cowboys". Most of the time they are barbequed, but when Matt was here with Jeff, he ate one raw. 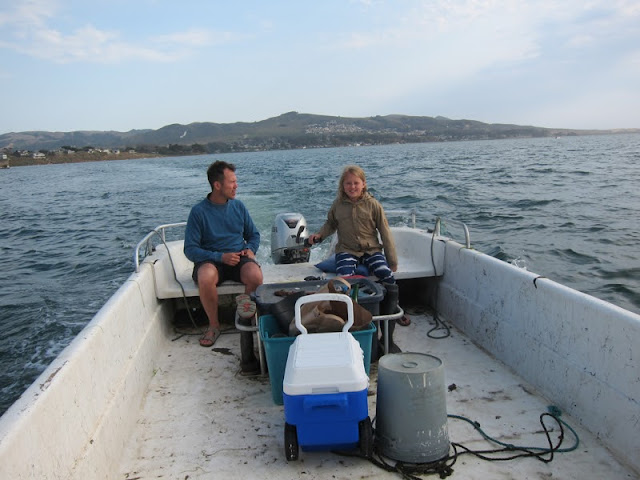 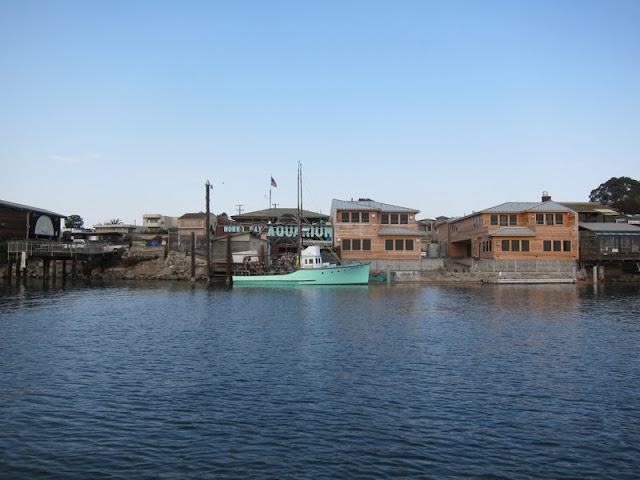