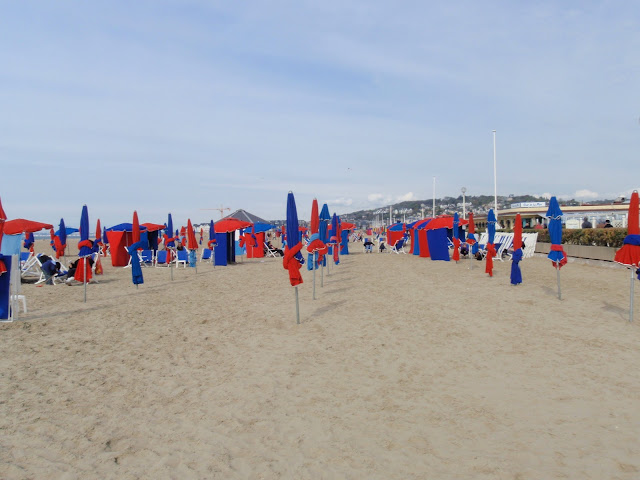 The beach in Deauville 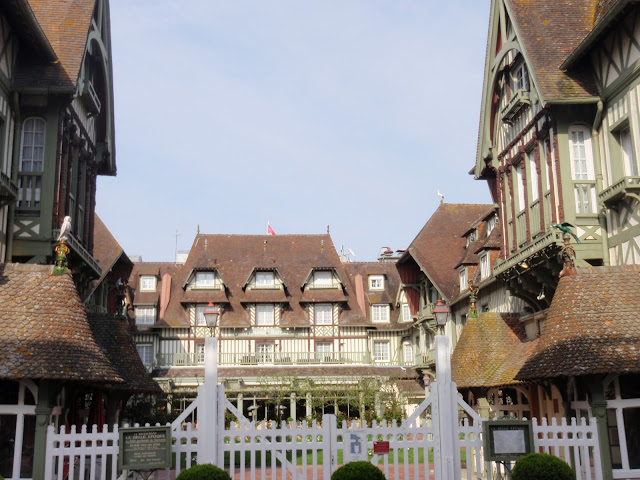 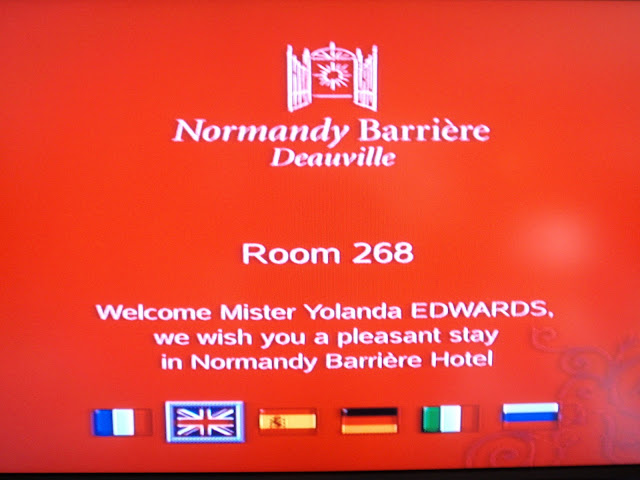 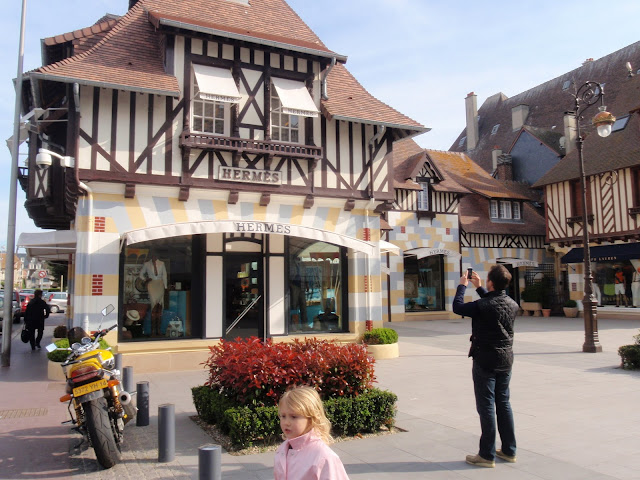 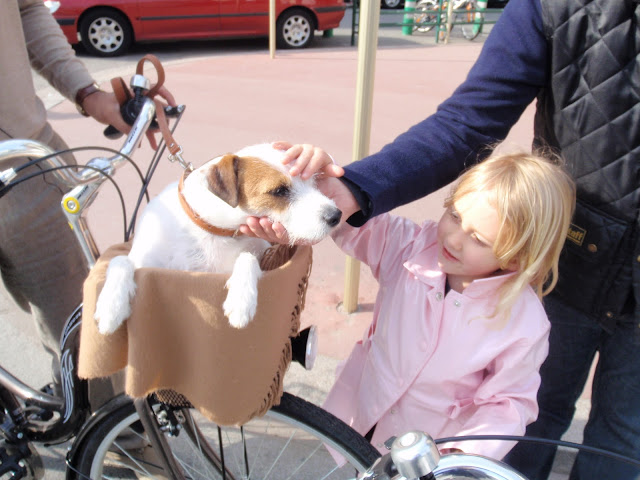 Of course, the Deauville Jack Russell gets a camel cashmere throw. 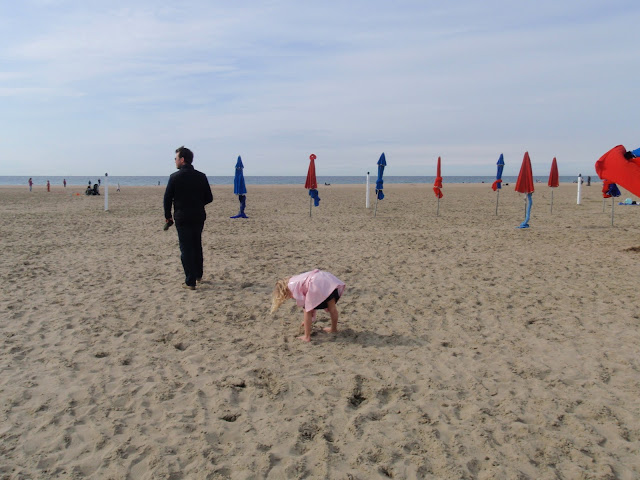 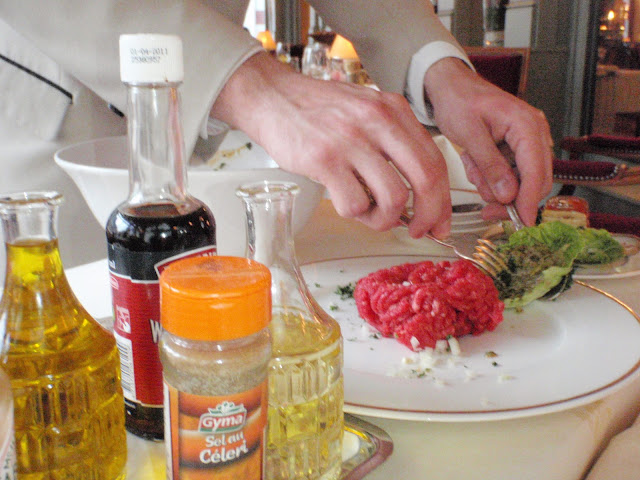 Steak tartare at the Normandy Barriere 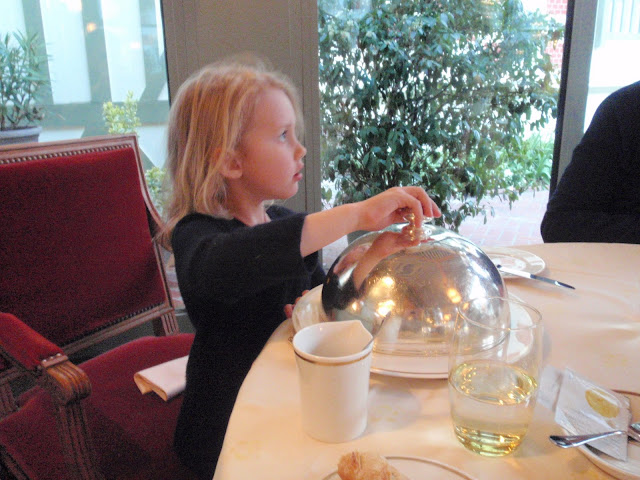 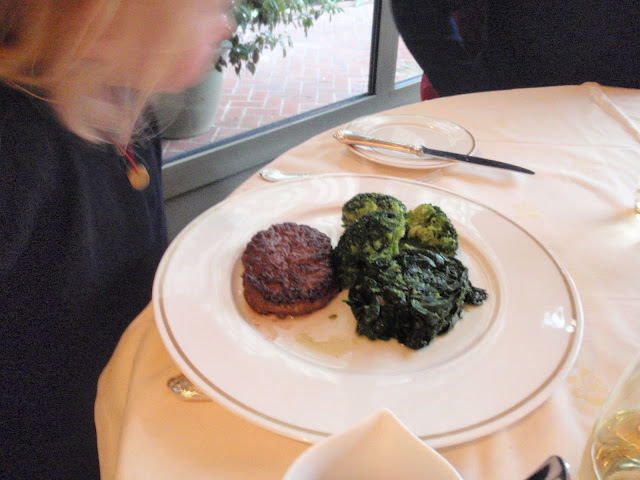 The first time we went to Normandy was in the fall of 2007. It was purely by accident that we ended up there--we were doing a shoot in Paris, and the night before we were to fly out, Clara got really sick. Then there was an Air France strike, and the next flight we could be confirmed on was four days later. There was no way I wanted to sit with a sick child cooped up in a hotel room, ordering room service and spending up a story, so I did a little fast research, booked the Hotel des Loges in Honfleur, and we spent three days in a warm car, exploring. (Clara got better by the second day anyway.) When we were on that trip, I wanted to make sure we went to Deauville, since I'd heard Parisians talk about it as the 21st arrondissement of Paris. But when we got there, I didn't see anything interesting--it felt a little like the Upper East Side of New York--the expected high end fashion stores, snobby older women, and very nice cars. So we went to Trouville (about 3 minutes away from Deauville), had a memorable lunch on the beach at Les Galatees, a tented restaurant that has probably the best mussels and fries I've ever had, and walked around the town which we found to be super charming. So on this visit in the spring of 2009, when I was there officially for a story for Cookie, I had to dig deeper and see what all the excitement was about Deauville. I booked a hotel, the Normandy Barriere, for two nights, and was very excited about it, as I'd read that this is really the hotel to stay at. I figured that the problem with our first visit was that we just didn't give it enough time. Well, we checked in, and got to our room. It was awful. Small, smelled like cigarettes. We called downstairs and said we had to see another room. Five rooms later (all of them were just not good--especially with a price tag of over $500), the manager gave up, and said maybe we would like to check out their other property, that has bigger rooms. That one was completely soul-less. I made a quick call to an alternate property I had in my notes (always good to travel with Plan B hotels with phone numbers and emails, just in case!), and got us in for the next two nights. But before we hit the road and drove 10 minutes to our very lovely hotel, in between Trouville and Honfleur, we did have a fantastic lunch at the Normandy Barriere. That is one thing they do really well--the food is lovely. And we did walk around and explore, and my instincts from the first trip were spot on--it just wasn't a place for us. 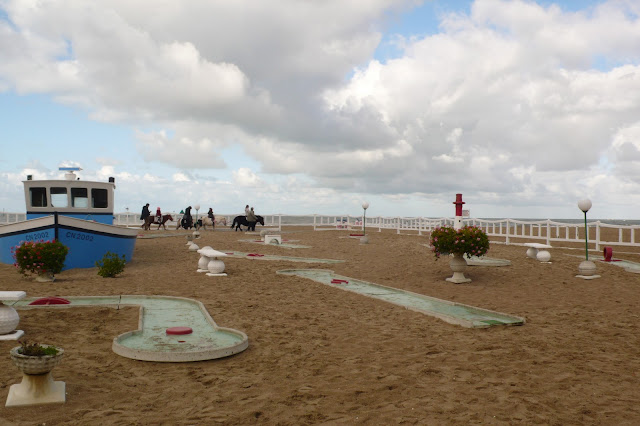 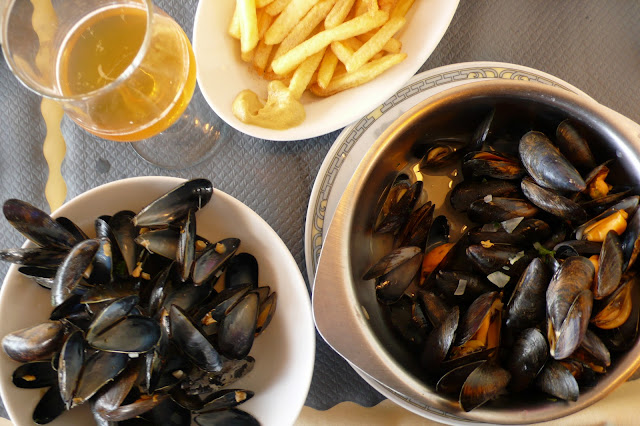 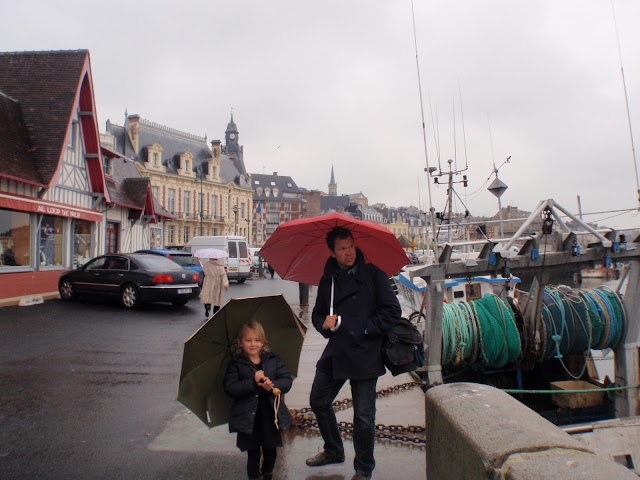 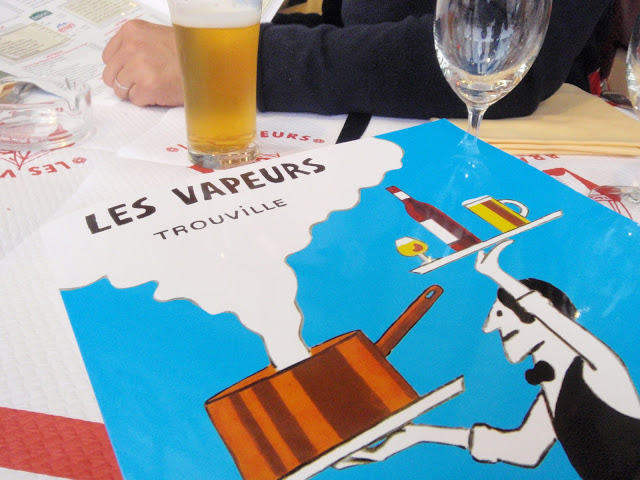 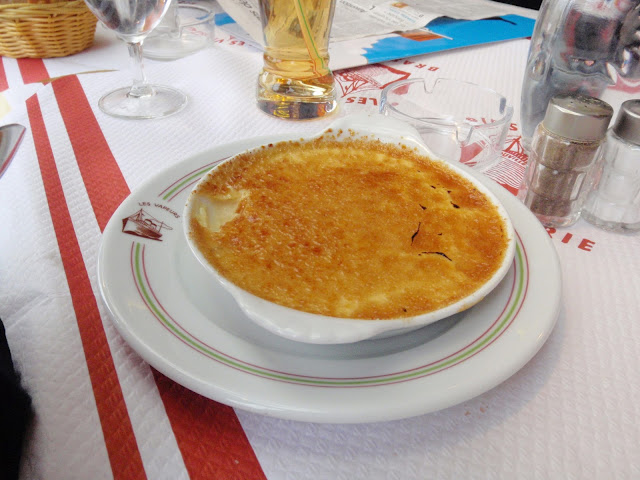 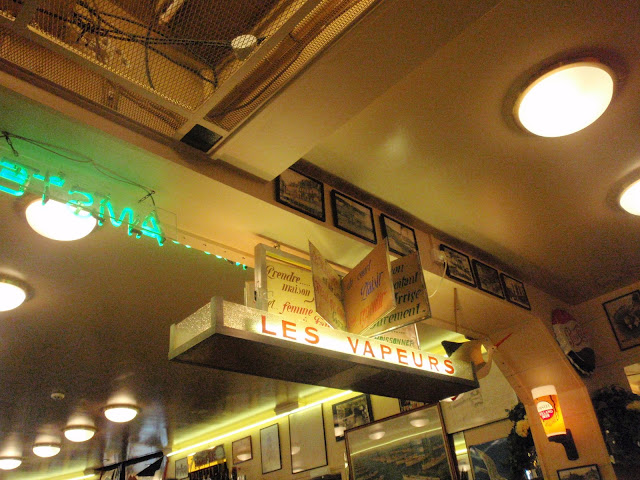 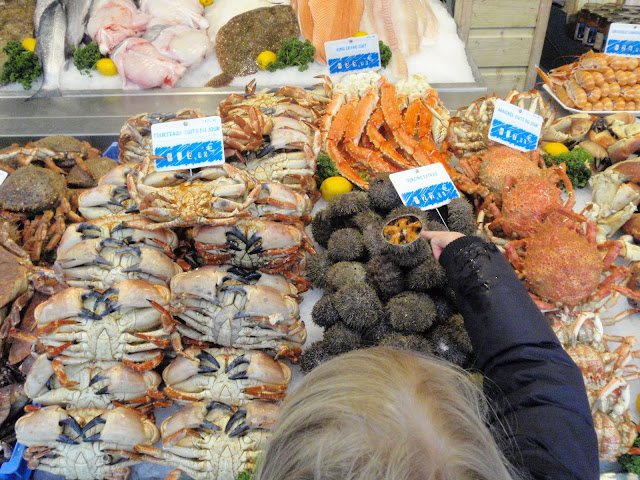 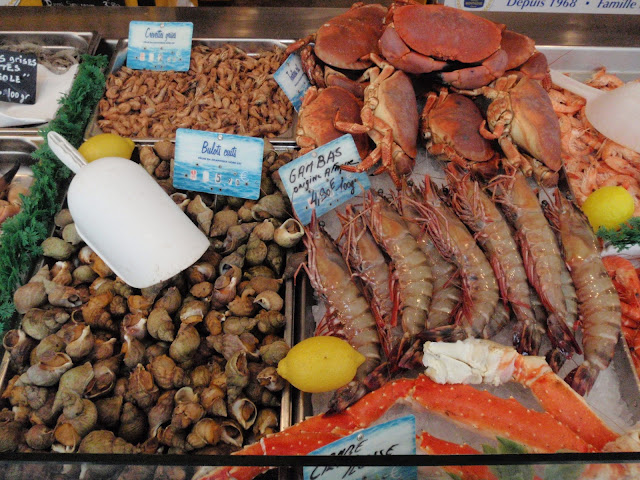 As for Trouville, if Le Galatee is open, go for lunch. You have to try Les Vapeurs--it is one of the best restaurants we've ever been to. Great friendly service, excellent characters to watch, and beautiful interior.  If you're there on a fish market day, go explore it. We like to go into the Monoprix department store there and get pajamas. They even have an organic line of clothing, and it's cheap!!  There is one store after another with the classic French striped shirts...even though the choices are overwhelming, get one for home--you'll be glad you did. And they have them in kid sizes too.

Hotels we checked out and liked alot:
Hotel St. James in Trouville (small, antiques--better for a family with one child that is at least 6, who doesn't want to touch everything.) 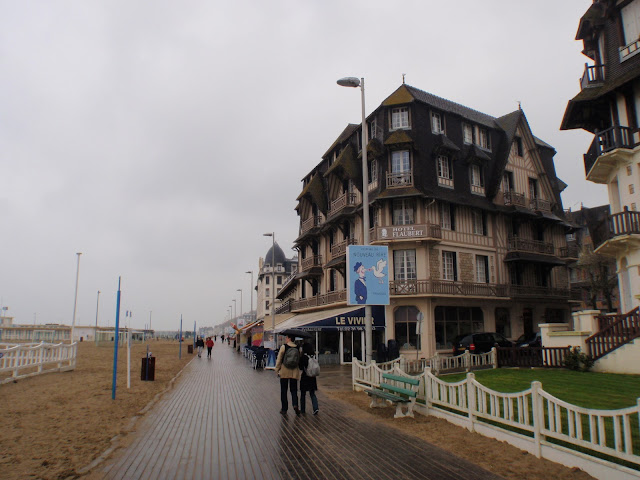 Hotel Flaubert in Trouville (above, right on the sea, where there are pony rides and a fun-fair rides, nicely appointed.) 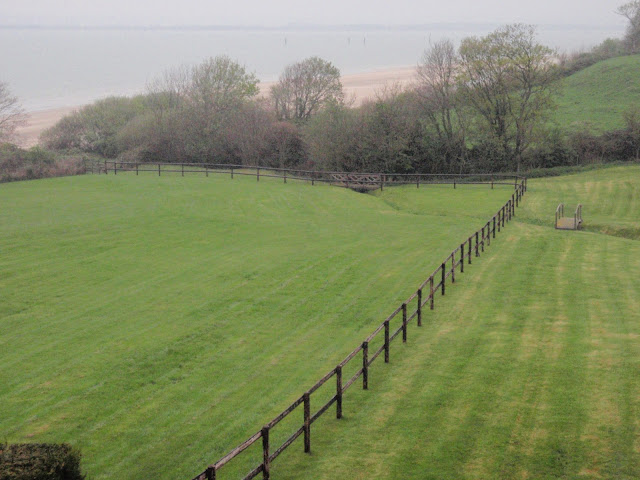 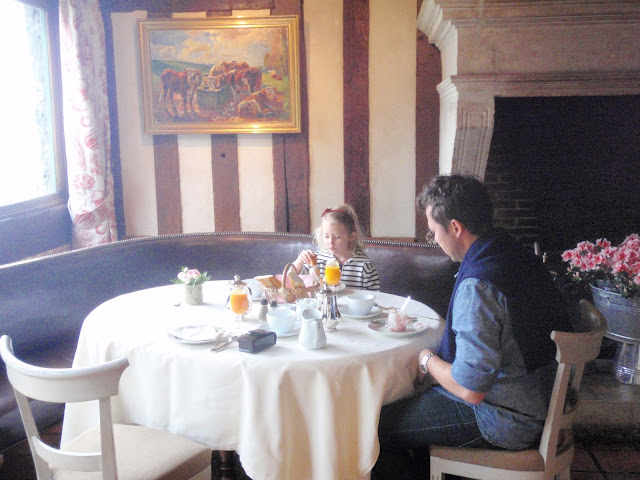 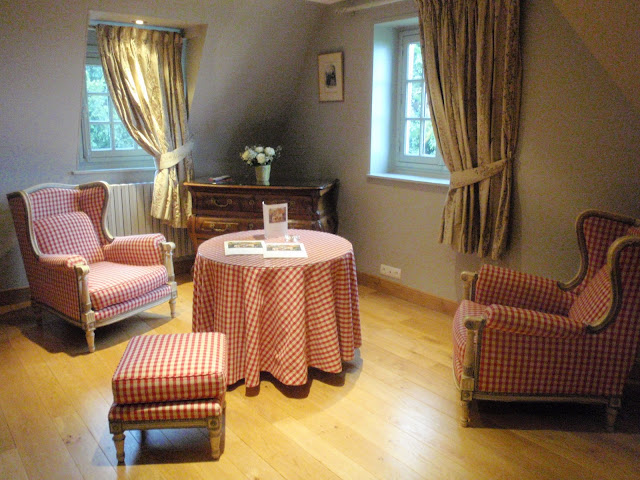 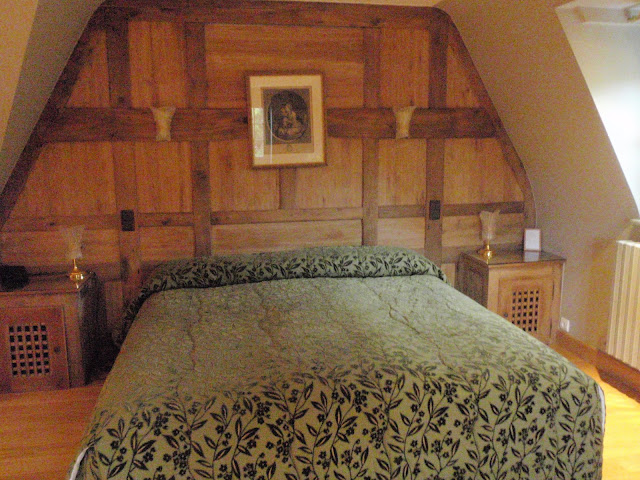 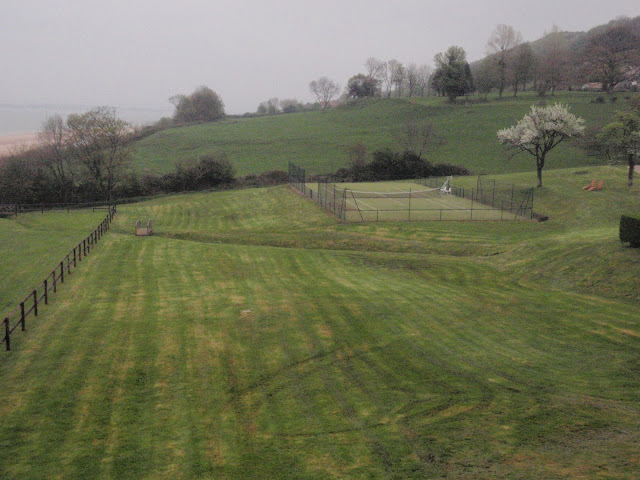 Hotel Le Chaumiere, above, in Vasouy, near Honfleur (this is where we ended up--huge rooms, lovely views, big grassy areas to run that go down to the sea, delicious breakfast and dinner).
at 10:01 PM