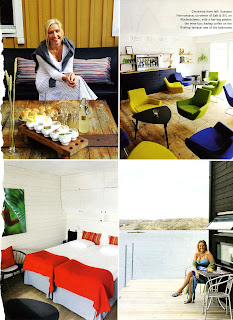 Once again I've found some very cool properties in UK Traveller. These two were in their June 2010 issue, and are on the west coast of Sweden, near Gothenburg...so almost best to consider pairing them with a trip to Copenhagen (if you take this beyond the dreaming about them stage). The one on top is called Salt&Sill, and it's a floating hotel, and certainly not for families with little kids (see the lack of railings in the above lower right picture). The one below is called Vaderoarna (site is in Swedish, but the owners speak English)--it's on it's own island, has its own restaurant, and looks also like a sweet place to go if you don't have kids under 5 (see those lovely rocks that are probably incredibly enticing to a 4 year old, and are probably very slippery.) 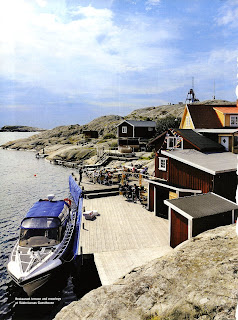