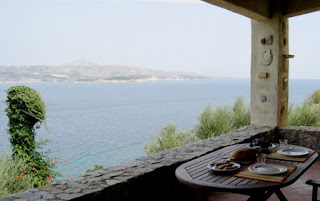 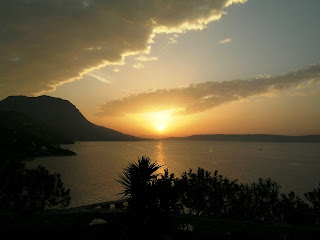 I've had the brochure from Pure Crete since before there was internet...I still haven't gone to any of there properties, but I have to say, they are an agency worth looking into if you are interested in a relatively inexpensive rental, with an authentic vibe...something you want when you go to Greece.  Here is what I'm looking for when I look for a rental there, and I need to preface this with a little background:  I went on a program in Kalymnos, one of the more unattractive Greek islands in the Dodecanese group (most well known island there is Rhodes), in 1986 for six months, and then I went back the next year, to be a nanny. I was so into living there, imagining that I would ultimately end up spending my adult life in Greece.  I even majored in comp lit, my language being Modern Greek.  I went back once in the 90s, but since I met my husband in '96, I haven't been there.  He has this thing about Greece--he's completely uninterested.  He says its because he doesn't care about Greek food, but I think it's just that he'd rather go back to Italy any day.  Anyway, I keep telling him how amazing it is (although I know it's changed so much since I was there eons ago), and I know I can get him to go there, but I want him to be blown away once we get there.  Which is why I keep hesitating on going.  I want to find the perfect little house, overlooking the sea (swimmable, sandy beach), with a little village close by (walking distance), with a great fishmonger, cafe, taverna, bakery...Now, that shouldn't be too hard to find--it's just...what island to choose?  Each island has such a personality, and I want the one that feels just...so...well, maybe the Greece that I experienced when I was 18.
See--everyone has travel issues--sometimes it's having too much information that makes it too hard to pull the trigger and make a decision.  In the meantime, I will post here all the lovely properties I find, and may never visit...and maybe you will go and can report back. This property looks pretty sweet, even more so at 946 euros per week in high season, and it sleeps four. 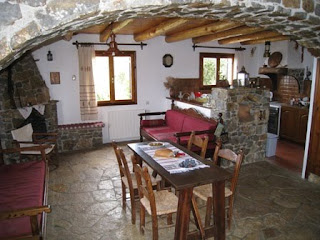